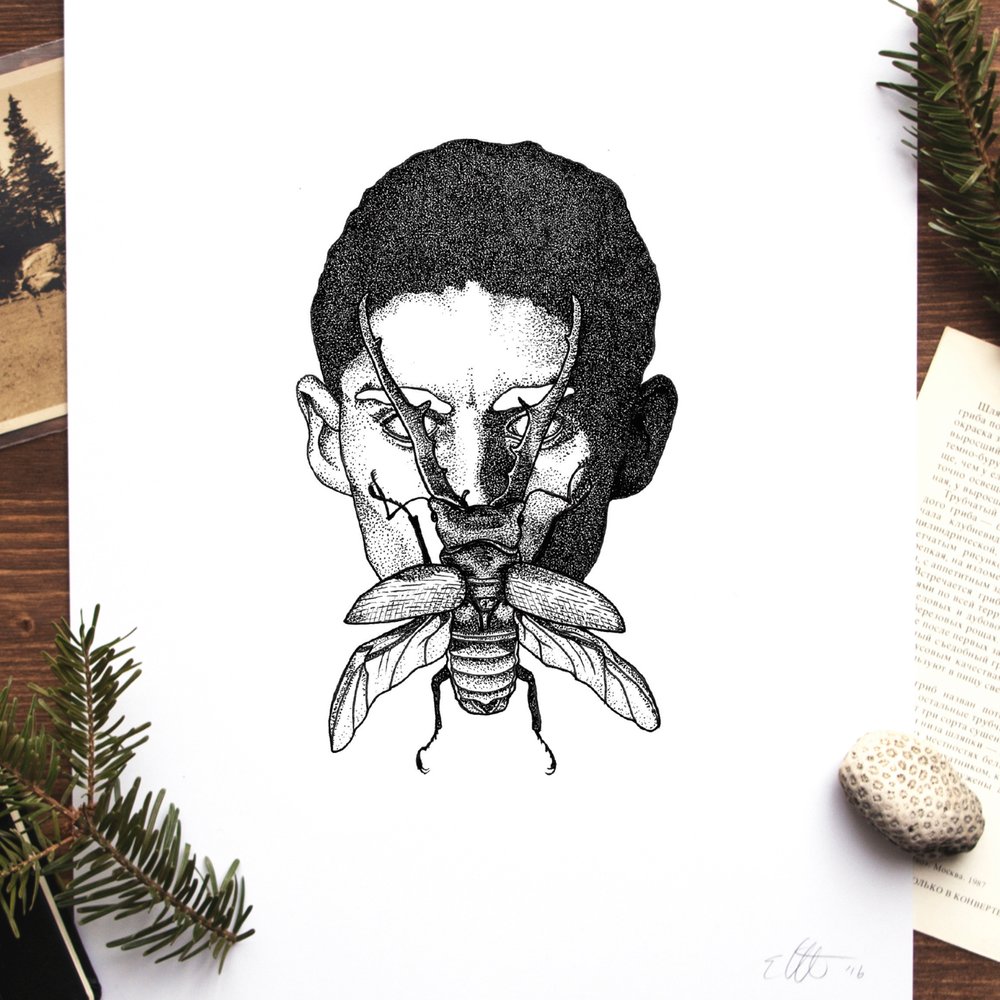 -A cage went in search for a bird. Franz Kafka- Picture by
by Erin Greenough

After a recent discussion I had regarding variations of taste, I wanted to further broaden the scope of poetic variations I post on this blog. I want to introduce you to my recent poetic experimentation: absurdist poetry. Before randomly throwing bits and pieces of poetry at you, I would like to premise my interest with what led me to venture into this new “form”. So here is some boring trivia. Enjoy!

-The absurd, the undefinable, the unreasonable the illogical and the inappropriate. –

The absurdity represented in a variety of works has always intrigued me, but I never realized it. Long before becoming a literature student, I found myself dabbling with the concepts of the absurd. It’s just intriguing, don’t you think? This all got enhanced when a very dear friend of mine suggested me to read Murakami; a writer who could be labeled Kafkaesque. So to prepare myself for this read I wanted to engage with the concept of Kafkaesque. I wanted to be able to recognize artistic patterns and dissect them (at least in theory; many of Kafka’s work have a plethora of possible interpretations).

I recall fond memories of reading “Gesammelte Werke” from Kafka or different works of Camus which, in all fairness, made me wonder what in the heck anyone could mean with writing such works. So I undertook some research in these specific fields to find out what made me, in essence, “wonder”. Besides the literary theory, which I will not bore you with, I had some personal experiences throughout the many works I have read from different absurd(ist) authors.

So, to circle back to the book suggestion and to elaborate on my personal interest in this specific literary field, I would like to comment on one aspect of my literary voyage I encountered whilst reading Murakami.

Murakami struck me as beautiful yet daring, and if you ever finished one of his works you probably understand me to an extent. The vivid imagery he created throughout the novel makes you wonder. And this exact feeling of making you wonder is, for me, the magic behind such literature. “But why wonder?”, you may ask. And what do you even mean with wonder? Well, it is the effect the work has after turning over the last page. I had an odd feeling when I finished Spoutnik Sweetheat, it just bothered me. I wanted to throw the book against the wall, reread it, marry it, and set it on fire. In that specific order.

The book raised more questions than it answered whilst being a beautiful work of art. At times it would construct a dreadful setting in such a subtle and elegant just to leave you questioning a million things the next moment. Some metaphors were so beautifully constructed, yet so agonizing to read that I literally had to take a break while reading. (I do not want to write a literary analysis here but… if you read the ferris wheel scene you probably agree with me at least on one aspect.)

Whilst, I did my fair share of literary theory in this genre, I still felt intrigued. This expression and sensation is something that motivated me to write different kinds of poetry. I wanted to at least try something new, which is important to me as a writer. I should challenge myself to further broaden my scope and skillset. (I will go over my “existentialist novels” influence in a different post. I intend to have a series of what I ought to call “absurdist” poetry.)

So tell me if you like or dislike these kinds of poem. Here is one of my personal favorites:

To round it off, I will post a metaphor which I found in my book. I do believe that this is an original but I am not certain. (I hope so atleast). This might be an interesting and different approach to the Kafka quote.